The 2017 Acura NSX looks to be wickedly good.

It has a familiar taste, but years on the back burner have produced a car that looks to be borrowed from the other modern greats. You could easily mistake it for an Audi R8, Nissan GTR, or even a McLaren P1. There is no clear transformation from old NSX to new other than the recognizable grill, hood slope, and steering wheel badge. The result is understandable though considering the last model was shelved at a time when cell phones were used as phones and hybrid was still the term used for mixing a donkey and a horse. 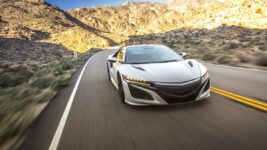 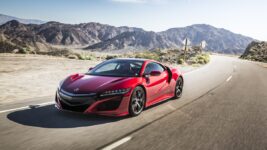 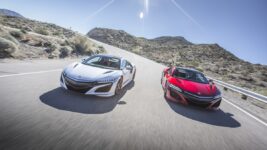 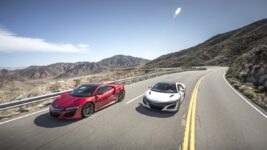 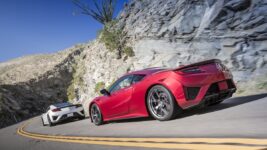 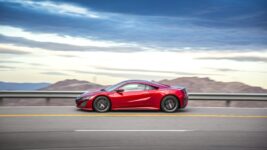 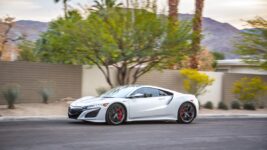 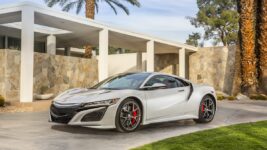 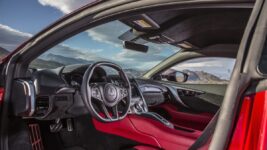 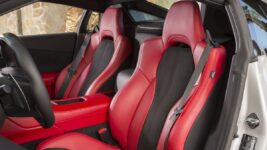 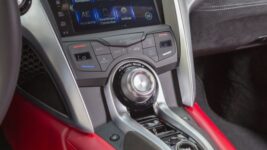 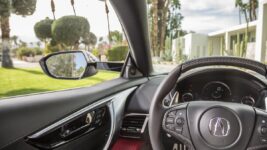 The 2017 Acura NSX is a Japanese work of art. Delivering a modern hybrid power plant and gobs of technology inside and out, the time off might have worked in their favor.

To keep things cool, the front fascia is the director of air flow. Functional hood vents and large side intakes just behind the doors (thank you Audi) work to pass air over 10 heat exchangers, multiple radiators, turbo intercoolers, brakes, transmission and clutch coolers.

Inside the cabin, nicely bolstered seats with Alcantara inserts comfortably hold you in place while the low sloped hood provides a clear and commanding view. Unique as they may be, the oval steering wheel and large driving mode knob in the center stack are eye catching interior features that provide easy to access and straight forward controls.

Allowing for mood swings, multiple drive modes control throttle response, exhaust flow, braking, suspension firmness and power delivery. There’s a ‘quiet’ setting that transforms this supercar into an electric golf cart capable of sneaking out of your garage like a ninja. And if you rotate the drive mode knob past sport and sport-plus to the track setting, you’ll be ready to tackle any twisty back road or head to the track to explore your new found power.

Honda Engineers certainly had their plate full when trying to develop a modern NSX, but they didn’t disappoint. You can’t draw a straight line between old and new designs, but the end result is a thing of beauty.