The 911 is King of Consistency

When it comes to not reinventing the wheel, the 911 is King of Consistency. Even back in 1963 when there was a hint of Volkswagen in its new born DNA, it was still visually without a doubt a 911. This is a car for the ages that has linked drivers to the road with engineering evolution of the subtlest and greatest kind. Enter 2017 Porsche 911 Carrera and Carrera S.

When your primary goal is to improve the driving experience, you don’t have to make drastic changes to a foundation that works. Engineering and technology has gradually and steadily improved speed, torque, handling and comfort, while the skin has been stretched and pulled ever so gently to fine tune form for function. The German’s recipe for producing vehicles that are as intoxicating to look at as they are to drive has worked for more than half a century, and nothing changes for the new 2017 Porsche 911…or does it?

The biggest change as we fast forward 52 years:  The ENTIRE line up will now be powered by turbo charged engines. We now include Carrera and S models, but the wilder ‘The 911 Turbo” is the only model to wear mad man designation.  Purists may be disappointed, but save your complaints for the day when a self-driving, self-parking, electric powered 911 is the only option. The smooth linear acceleration of a powerful non-induction motor is a beautiful thing, but there’s not much to dislike about Porsche’s latest evolution of the Carrera and Carrera S. 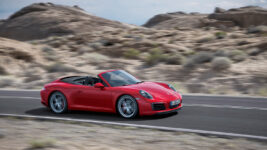 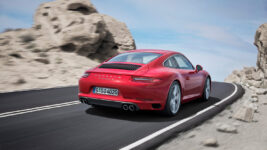 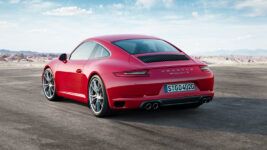 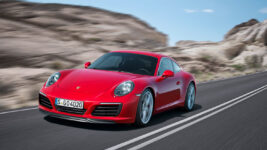 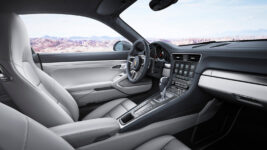 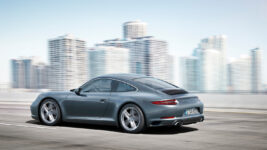 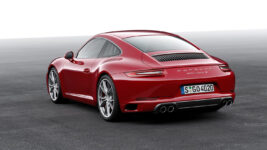 The exterior in its current iteration is among the most beautiful yet, and the interior cabin continues to coddle its occupants with sporty and purposeful luxury. Slightly wider rear treads only add to its magical grip and powerful stance.

But, if there’s one difference that really stands out, it’s the loss of the naturally aspirated 911 exhaust note. If it was a song, it would be a cover that was imitated well but a little off from what made you love the original. Keeping true to form, there was no artificial attempt to deliver the old soundtrack. The new twin turbo whoosh merely drowns out the familiar growl with some pops and crackles that reflect its new soul. While it’s no longer as raw sounding, you can’t argue with much when the turbos slam you back in your seat.

It will take some extended time behind the wheel to decide whether the 2017 Porsche 911 is hampered by its turbo power plant, or if we have merely witnessed another adaptation in its iconic evolution. For now, if having a twin turbo powered 911 is an issue, there’s always a final edition Viper.